A team of 15 players assembled at the Crowne Plaza Hunter Valley to represent NSW and compete for the Hornibrook Cup.

The opening dinner was a great chance to catch up with old friends and make new ones and the buzz in the room was all about the three golf games ahead. The Entertainment was provided by the hilarious Paul Martel, himself a golfing tragic, with the talent for discussing the lighter side of the game.

Congratulations to Rod Wheatley on receiving his 35 year medal and to Graeme Degnan and Garry Gibson for ten years in attendance. The Newcastle veteran, Bill Collins was the proud recipient of a 50 year award.

Monday’s game was held at the Greg Norman designed vintage golf club under clear skies and enough wind to make scoring difficult. When playing from the gold trees with the greens recovering from recent renovating, points were hard to come by, with very few players in the field playing to their handicap. NSW got off to a solid start headed by Hillary Ranniko with 35 points, Lynn Astley with 33 points and three other players compiling 30 points each.

Day two was another short bus ride to Cyprus Lakes.  A  strong southerly had blown in overnight to cool things down and play havoc with the field of 128 players. This course was presented in excellent condition and the layout is an interesting mixture of sloping fairways, elevated greens and enough water to demand accurate golf. Tim Hooper returned with an impressive 37 points, supported by our two senior team members, Rod and Lynn who scored 36 points each. The team score were good once again with 60 % of NSW players scoring 30 points or more. President Reynold Sciuriaga organised the Tuesday night dinner at the Royal Oak Hotel Cessnock, with good food, wine and comradeship enjoyed by all.

The Newcastle committee organised the lay day event at the Luskintyre Airfield which proved to be one of the most enjoyable days in recent memory. The weather was perfect, the food was great and the old planes were very interesting. The highlight for many was the joy flight in the old Russian bommer and the music provided by the local band was fantastic.

After a few calculations on Wednesday night, they revealed that once again NSW were running a very close second behind the Gold Coast Team with the final game to be held at the Crowne Plaza Resort course the next day.

The field was greeted by a grey, cold a windy day and playing from the blue markers meant points were going to be hard to come by. Some good scoring in tough conditions by most of the NSW team meant we were a real chance to claim the Hornibrook Cup for the first time since 1988.

Congratulations to Lynn Astley who won the Merv Cross medal for the best aggregate score for NSW of 100 points off a handicap of 22, closely followed by runner up Garry Gibson who compiled 99 points  off a handicap of 8. The closing dinner and presentation was once again well received and the assembled teams were awaiting the announcement of the 2016 champions .

On behalf of the NSW team we would like to thank the Newcastle  committee and members for organising and running a very successful tournament this year and we now all look forward to visiting Tasmania for the next Hornibrook in 2017. 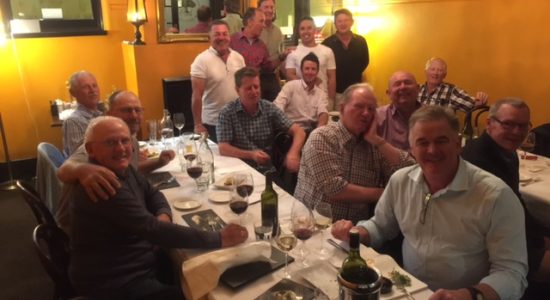 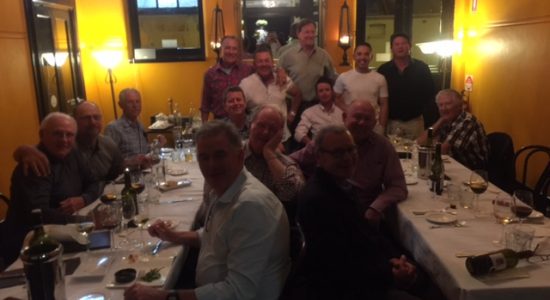 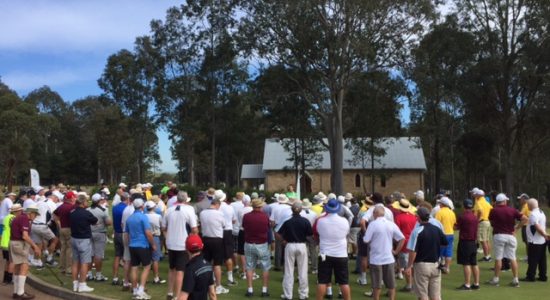