The group assembled at Hobarts best western hotel in preparation for this year’s event, the hospitality room was a popular place as members renewed acquaintances.

The mood was somewhat saddened by the news that Lynn Astley was unable to join us due to the illness of his wife. We were later to hear that Lynn’s wife lost her battle for life and our thoughts go out to Lynn and his family.

The team photos preceded the opening dinner which all seemed to go off quiet well.

The Monday game was at Clairemont golf club on a beautiful day. This tight course is situated on a peninsular with spectacular views from all holes. The benign conditions made scoring a bit easier …. for some …. and the best for NSW was Hillary with 38 points, followed by Graeme Degnan with 35 and Rowan Hooper with 34 points.

Tuesdays game was at the Tasmanian Golf Club and what a very special golf club it proved to be. Undulating holes and true greens with demanding positional play, combined for a solid test of golf. The views were spectacular with none better the third hole, a par 5 requiring a long drive across a beach onto to a sweeping fairway which rates in the top 18 holes anywhere in Australia.  Best on the day for The Sky Blues was Rowan Hooper with 37 points and 34 pointers from Hillary, Rod Wheatly and new boy Allan Scully. The whole field were glad to have played such a quality course and we look forward to the NSW team dinner at the Hope and Anchor Hotel.

Wednesday was the traditional lay day, and most were happy with a bit of a sleep in. First up was a pleasant cruise around the Derwent river followed by lunch at the Coal Valley Winery. Great food, wine and scenery were capped off by one the best one-man entertainers you are ever likely to see. Plenty of singing and man dancing for some made for a great afternoon.

The field travelled to Royal Hobart Golf Club for the final game and everyone was blown away with the way the course was presented, possibly one of the best in Australia. The fairways were like velvet and the greens were true and quick. A light shower of rain for the first couple of hours did not seem to dampen any spirits as the players enjoyed the immaculate conditions. The NSW boys looked smart in the blue team shirts supplied by Barry Morcom from Direct Plasterboard Outlet and we thank Barry for his continued support of our club. Old stager Rod Wheatly scored an impressive 37 points, with solid 34 pointers by Barry Morcom and Allan Scully.

The NSW leader board looked pretty healthy with Hillary coming in with an aggregate after three days of 101 points, followed by Rowan Hooper, Allan Scully and Rod Wheatly all scoring 100 points.

The final dinner and presentation was well received, and the legends of review had everyone laughing, while the buzz around the room was that the NSW boys may have combined to take the Hornibrook Trophy for the first time since 1988.

For the fourth year in succession the names of five states had been read out from Newcastle up, and NSW was down to the last two, this time along with the Victorians. Once again, we were the bridesmaids, this year by the margin of a couple of points on average over the three rounds. This margin equates to only a few shots in total and the whole team recounted where they could have made the difference. In the end, in the true spirt of Hornibrook, we all congratulated the Victorians and look forward to trying our luck again next year in Brisbane.

On behalf of the NSW team I would like to congratulate John Erends, Neil Faulks and the rest of the Tasmanian organising committee, along with the Tassie MBA and their many sponsors for providing such a well-run tournament, and showcasing The Island State as one of the great destinations in Australia.

We all look forward to catching up again in Brisbane in 2018 and hope everyone has a happy and safe year. 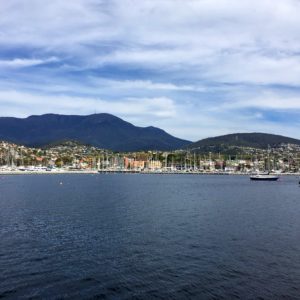 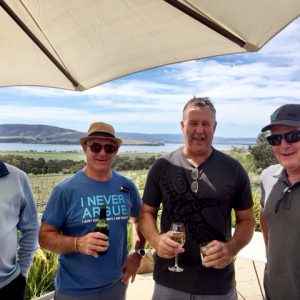 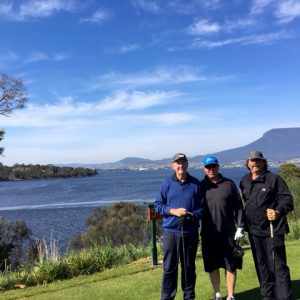 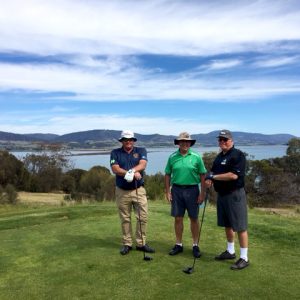