Clear skies and strong south westerly winds greeted the field of 27 players to play the impressive St Michaels layout for our September game.

The course was presented in excellent condition, as usual, with the exception of two temporary greens due to rebuilding. The greens were very quick despite recent renovating, resulting in any putt with the breeze behind it being hard to stop.

Downhill and down-wind made you feel like superman but coming back the other way was very character building. The wind made the ball do amazing things and one of our group, a visitor thankfully, managed to hit a plate glass window on the club house with his second shot on the 9th hole, only to locate his ball, chip on and sink the putt for a par! Only two players broke their handicap and the field average was about 29 points.

After the game the windblown golfers enjoyed the relative calm of the clubhouse to enjoy a drink, a chat and a substantial buffet dinner.

Our thanks go out to the management and staff of St Michaels for a well organised event.

Happy birthday to Rod Wheatley who turns 80 later this month and still manages to play of 18.

Good luck to the Hornibrook team who travel to Hobart in October to play in the national tournament.

Don’t forget the first “nine and dine” event to be held on the 12th October at The Coast Golf Club. You will receive an invite shortly. 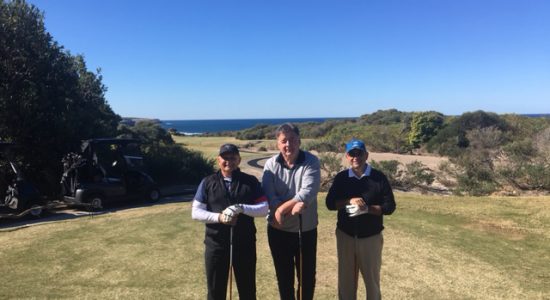 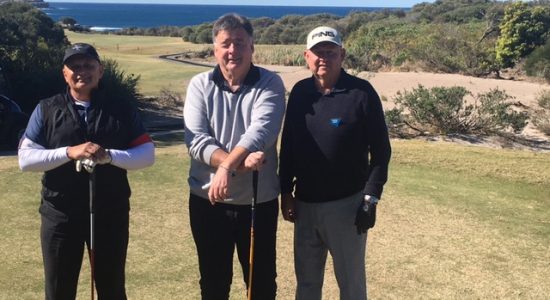